“That’s been one of my mantras — focus and simplicity. Simple can be harder than complex: You have to work hard to get your thinking clean to make it simple. But it’s worth it in the end because once you get there, you can move mountains.” — Steve Jobs

Rube (Reuben) Goldberg, was an American cartoonist, sculptor, author, engineer, and inventor. He is best known for a series of popular cartoons depicting unnecessarily complicated gadgets that perform simple tasks in indirect, convoluted ways. This gave rise to the term Rube Goldberg machines for any similar gadget or process.

You may have made your own Rube Goldberg machine yourself as a child. Unfortunately, you would not have expected to experience the Rube Goldberg Effect later in your workplace or even as a customer.

Rube Goldberg machines are essentially complicated methods of doing a simple task. Many companies are comprised of complex systems, which are slower, take more energy and effort just to complete simple tasks. Rigid and prescriptive processes often prevail in mature organisations, creating unnecessary barriers to speedy action. Bureaucracy and red tape are defensive measures which irritate your people and repel your changemakers.

I experienced the “Rube Goldberg effect” when I worked as head of innovation in a semi-state organisation. Even the most simple task in my previous role became excruciatingly difficult. I felt like I simply wanted to touch my toes – like I always could – but now I had to do it while wearing multiple fatsuits. These fatsuits came in the guise of defensive colleagues, status quo guardians and a multitude of unnecessary meetings.

The Baby, but not the Labour Pains

Such processes are frustrating for business leaders (especially when they have been hired in to make changes in older organisations from the more nimble world). And while red tape is infuriating for you and your employees, then all this is projected onto the customer. In a business environment of instant gratification, customers will no longer tolerate avoidable delays. The customer does not care why there is a delay or why their product is faulty or why postage is delayed. They just want the baby, not the labour pains!

“47% of consumers expect to wait no longer than two seconds for a web page to load. After that, consumer tolerance wears and 40% of visitors will abandon a web page if it doesn’t load in less than three seconds” — Shopify

Website load speed is a major competitive advantage for e-commerce businesses and publishers alike. Amazon demonstrated they would lose $1.6 Billion if they slowed down by just one second. This Thursday Thought is not about load speed, but it is about speed. Speed in decision making, speed in managing customer concerns, speed in fulfilment and speed of customer services. To enable all this, there must be a mindset of speed and simplicity. To have a mindset of speed and simplicity, there must be an organisational vision, mission, goals and behaviours and this must all be underpinned by a sense of psychological safety.

One of the reasons Amazon is a trillion dollar business is the relentless focus on the customer. Amazon removes all points of friction for the customer. When living in New York last year, I bought a convertible couch for my apartment on Amazon. Because it was unsuitable, I requested a refund. At this stage, the huge box that it had come in was damaged and I could not get the couch back into the box. When the FedEx driver arrived to collect it (after not showing up three times previously), he would not take the package because the box was damaged. To give him some respect, he called HQ, but they said their policy stated they could not take the package. I got on to Amazon yet again, at this stage, the customer care department was extremely apologetic on behalf of FedEx. The Amazon customer care representative had already refunded me, now she said as a gesture of goodwill and as a way to apologise for my experience I could give the couch to charity or to someone else. None of this poor experience was Amazon’s fault, the faulty couch was not their product, the failed collection attempts not their department, yet they apologised and they accepted responsibility graciously. As a result, my trust in Amazon grows, my loyalty grows and Amazon revenues grow.

It is no secret that Amazon has never liked being dependent on its logistics and fulfilment partners. Just as Amazon satisfied their own increasing web needs with Amazon Web Services, now they are satisfying their need for logistics with Amazon Air (which I wrote about in 2016) and their own logistics solutions.

“We view transportation, not as just aeroplanes but the glue that connects a customer to their order from the moment they click buy on Amazon.com to the time a customer’s package arrives on their doorstep.” — Amazon

Ironing Out The Kinks

The customer experience extends much further than simply completing a transaction. Organisations need to understand the eco-system in which they operate (episode 115 Ralph Welborn) and deliver a positive experience (Joe Pine, Ep 82) to their customers. Even though customer experience is so important, many retailers persist with dingy customer service departments inconveniently positioned in stores, forcing customers to endure an up-down-walk-around (Rube Goldberg) system. Gladly many retailers have woken up to this, despite the retail carnage we have “experienced” in recent years.

Many established (and often disrupted) businesses blame their decline on digitisation or technology. However, technology is not to blame, it has simply enabled the birth of new business models and a recalibration of the business environment.

To succeed companies must set aside investment to iterate with new versions of themselves.

Businesses need to enable a fast, flexible, focused management team that executes well. (For more on this listen to Ed Muzio on episode 143). To the CEO who knows this, but has a board of directors who do not support it, you are in a difficult and much too common situation. My experience working in innovation with corporate companies and working as a consultant to the world’s top organisations has taught me that the organisations who are family operated or who have budget allocated to iteration (R&D)are the ones who survive (For more on this listen to Greg Satell on episode 118).

The really good businesses understand that survival in today’s business ecosystem is not a destination, but an ongoing journey.

Complexity is the biggest challenge to a business and the biggest heartache for the customer. Businesses are in a race to simplicity. Today. simplicity wins.

This week’s Innovation show is episode146: The Beginning of Infinity, Explanations That Transform the World with David Deutsch

Throughout history, mankind has struggled to understand life’s mysteries, from the mundane to the seemingly miraculous.

Our guest is a multiple award-winning pioneer in the field of quantum computation and argues that explanations have a fundamental place in the universe. They have unlimited scope and power to cause change, and the quest to improve them is the basic regulating principle not only of science but of all successful human endeavour.

This stream of ever improving explanations has infinite reach. We are subject only to the laws of physics, and they impose no upper boundary to what we can eventually understand, control, and achieve.

He applies that worldview to a wide range of issues and unsolved problems, from creativity and free will to the origin and future of the human species.

David Deutsch is a Fellow of the Royal Society, a pioneer in quantum computing, visiting Professor of physics at the Centre for Quantum Computation at Oxford University, multiple TED Talker, optimist and the author of The Beginning of Infinity, Explanations That Transform the World.

Error as unavoidable in the growth of knowledge.

The misconception that knowledge needs authority to be genuine or reliable

All scientific theories are testable conjectures

Every explanation begins with conjecture

The growth of knowledge consists of correcting misconceptions in our theories

The Principle of Mediocrity

We touch very lightly on the Multiverse

Have a listen here: 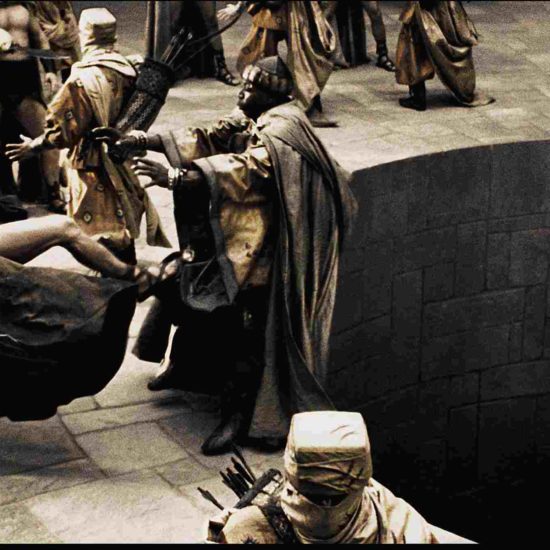