“An important part of learning — is actually forgetting” — Naftali Tishby

One of the best teachers I had did not simply follow a curriculum and teach us facts. He taught us how to answer the question that was asked. The challenge so many of us often have is knowing what information to leave out. Creating a narrative or a storyline or an essay in the most efficient way possible is a challenge in itself. Every week I write this blog I ask myself “What can I leave out?”

I heard a great analogy of this from my guest on this week’s Innovation Show. Professor Naftali Tishby is a Global leader in Machine Learning and on the show, he shares a breakthrough he and his team have made in understanding machine learning.

Naftali uses the example of our innovation show interview to make his point. When he is talking to me, his voice is packed with intonation, emotion, and an accent, let’s call this his “human” voice characteristics. The same goes for me on the other side (for listeners of the show, you will know my own voice is a little more monotonous).

To a computer, the “extra information” of intonation, accent etc. is simply unnecessary. The machine just wants to know the facts and take action based on those facts.

When you think of so many of our geniuses and entrepreneurs, they see the World in exactly the same way as the machine above. They are not interested in “fluff”, they do not have time for this, they simply need the bare truth. Too many details irritate them.

When you put yourself in their shoes, you can understand why they can get irritated when employees embellish facts with unnecessary information.

Taking this one step further, when you think of people diagnosed with ADD, ADHD, Asperger Syndrome and similar phenomena. They too often ignore irrelevant information and spot patterns a standard brain can not spot. This is a gift of ADHD/ADD, Autism and Aspergers.

I am thinking here of the great Michael Burry who made $2.69 billion from the housing collapse. Burry has Asperger syndrome and his gift enables him to spot patterns others do not see. As depicted so well in the excellent book and movie ‘The Big Short’ (by Michael Lewis) Burry is straight to the point and avoids “fluffy” interactions (socially or otherwise), much like the machine-to-machine dialogue Naftali mentions above.

If Burry was depicted as eccentric, the great Alan Turing was depicted as even more eccentric. If you have not seen it, ‘The Imitation Game’ gives us a glimpse of Turing’s brilliance and a dark time in humanity where a brilliant man was persecuted for being homosexual. Like Burry Turing saw things others did not, he made connections others did not and he did not hold on to information or facts that were not relevant to him or his focus. Not surprisingly, one of Turing’s heroes was Albert Einstein.

“Everything should be made as simple as possible, but not simpler. — Einstein”

Einstein’s memory was notoriously poor. He did not remember his own phone number. There is a famous story about him on a train. When the conductor asked for his ticket, Albert began searching his pockets. When the conductor recognised him and said he could ride for free. Einstein continued to look for his ticket saying, “Thank you, but if I don’t find my ticket I won’t know where to get off the train.”

Breaking off the Wing Mirrors

I have been fortunate to meet many entrepreneurs and successful business people. One thing I always notice is that they forget quickly and learn from past mistakes. Unlike many of us, they do not harbour failures but instead learn quickly from them. In a similar vein, they may have a catastrophic argument with key personnel and forget about it afterwards once it is resolved. Meanwhile, many staff may “hold on to” that argument for weeks. Wouldn’t it be better to “forget”, learn the lesson and move on?

Learning to Learn from Machine Learning?

While talking to Naftali on this week’s show it dawned on us that what he had discovered could actually be a quasi-framework for how we all learn, humans and machines.

Think of this simplified version of the rise of machine learning. There are several forces at play, which have contributed to the growth in this field:

On the human side think of learning simplified as follows:

Now, what if we humans obeyed the old “crap in — crap out” rule. So, if the “data” we feed our minds is “The Kardashians” or consuming irrelevant “content” on Instagram and we do not feed ourselves any “good data” you will not output much interesting “content”.

However, if we were to input great data from many diverse sources and minimise or “forget” irrelevant data, then we should surely spot connections and opportunities that we previously did not.

In essence, we need to feed our minds a diverse set of “layers” of content and minimise the irrelevant content. One further thought, adding meditation or mindfulness to the mix can quiet our minds and allow for relevant content to ferment and come to the fore.

Think of an “I” shaped person as a professional who is highly skilled at one specific discipline. In many instances, this person is susceptible to disruption or replacement by artificial intelligence.

A “T” shaped individual is someone who has a strong central skill but also has a broader set of interests. This person is more likely to connect the dots and see bigger pictures as their mind is multi-layered. These types of people may have strong hobbies or interests to which they commit a large amount of time. They are characterised by their generalist approach, this can be referred to a “Jack of all trades, master of none”, but when the “T” shaped worker is driven and possesses great work ethic and strong positive habits the world is their oyster.

Steve Jobs is often referred to as such a person, Jobs had a deep interest in design and calligraphy in particular. This helped him connect the dots and see opportunities such as better user interfaces, user-first design and indeed Pixar.

Naftali Tishby himself is a neuroscientist, physicist and computer scientist, interestingly, he is also an amateur pianist. By having such layers, connections are more likely to happen.

In Katawave we talk about the notion of the “O” shaped worker.

The “O’ shaped worker has all the broad skills and interests of the “T” shaped worker. In addition, this person possesses interpersonal skills and previously overlooked “soft skills”. This person understands leadership, they understand coaching as the new leading. They understand emotional intelligence. They appreciate the arts and how architecture and working environment can have a positive effect on workforces. They understand the important balance between body and mind.

Lessons For The Education System

“How often I found where I should be going only by setting out for somewhere else.” — R.Buckminster Fuller

When Professor Tishby and I spoke of the education system and what is required for the worker of the future we saw the same patterns.

A child should spend their early years and youth exploring with unstructured learning. In these formative years, they should be nurtured in exploring what interests them. If we are privileged enough to allow our children (and indeed fellow humans) to explore, to dream and to imagine, then let us do so. The future belongs to those who can connect the dots, but we first need a diverse portfolio of dots to connect.

It is only once the dots are explored, then connected, should a layer of rules be added. This is similar to what Professor Tishby discovered with Machine Learning.

I see our role as parents (and leaders) as allowing a child (an employee) act like a butterfly going from flower to flower, but we must be vigilant to see which flower is of most interest and then create the environment for that one to be explored.

Professor Tishby tells us that machines learn in layers. They “sift” through these layers first to discover relevant information and then “dump” irrelevant information. In doing so they get a boost of extra energy to search for connections. It is important to add that it is only at this stage are “rules” added around that data. This is akin to a parent first uncovering the interest of a child and then providing further development in that field of interest.

Think of our layers as lenses of information. Each experience or each discipline we learn is a new lens. The more lenses we have, the more unique our view of the World becomes and the more relevant connections we make.

Lessons For Innovation and Change

“Play is the highest form of research.” — Albert Einstein

“The creation of something new is not accomplished by the intellect but by the play instinct.” — Carl Jung

To discover something new we must explore possibilities. This is very difficult when we are narrowly focused on our current realities. In effect, we start from the wrong place.

Just like with education and indeed with Machine Learning we need to begin with an unstructured ground zero. In this mode you play with new ideas, you dream and you imagine.

Next, you start adding some structure, crystallising some hypotheses and testing some concepts.

Finally, you add the rules. You put processes in place. You hire for defined roles.

This is the growth curve of any startup. Play. Refine. Process.

The challenge is that language like “play” does not sound corporate enough and the old system frown at such language. New business operating systems encourage “play”, they realise you must have “play” built into your system in permanence to ensure you do fall prey to disruption.

For more on this theory have a listen to the great Professor Naftali Tishby below.

The show is braodcast on RTE Radio 1 extra 3 times per week and is available at the links below: 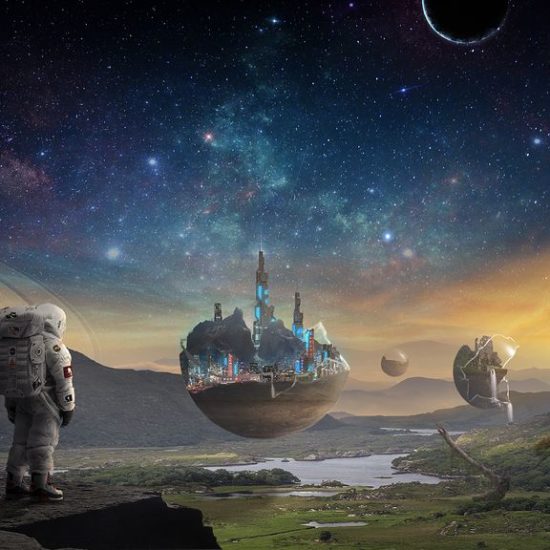